Who We Are: A Brief History and Overview of Liberty Reach. 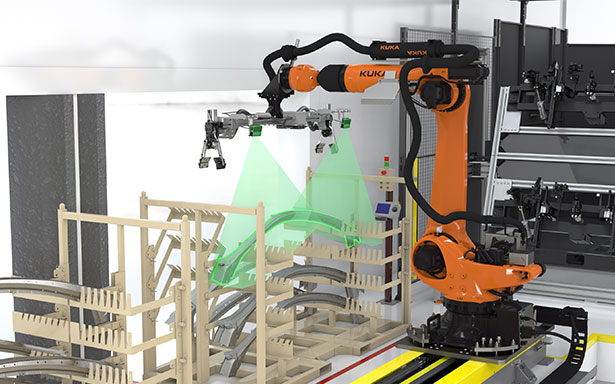 Liberty Reach was founded in 2005 as an R&D consulting firm for robotics, artificial vision, and machine learning applications in the automotive and aerospace industries. The company began by providing computer vision algorithms and architectures for robotic manufacturing processes at General Motors, The Chrysler Group, BMW, Mercedes-Benz, and the F35 Joint Strike Fighter program – inter alia.

Liberty Reach’s core products provide flexible and versatile 3D robotic vision guidance for robots in sealer/adhesive, racking/de-racking, pick and place, and material handling applications. This technology produces offsets in 600 milliseconds using volumetric sensors and point cloud technology.  These systems do not require external lights and are not influenced by changes in ambient light. Customers can expect a significant reduction in cycle time.

Liberty Reach prides itself on maintaining a high level of staff excellence and quality customer support. The founders of Liberty Reach exemplify these standards in everything they do. Liberty Reach is currently led by:

Neil pilots the innovative spirit of Liberty Reach by continuously and relentlessly developing and improving  vision system technology to further advance future automation solutions. He has worked in the machine vision industry since 1985, founding three vision and machine learning companies along the way. Neil specializes in designing real-time algorithms for vision applications, leveraging his experience and education. Neil studied at Michigan State University where he earned his B.S. Degree in Physics. He also studied linguistics and artificial intelligence at Stanford University and bioinformatics and computer science at Indiana University.

Myron joined Liberty Reach in 2011 and currently heads our new product development initiatives within the warehouse automation industry. He received a B.S. in industrial operations engineering from the University of Michigan. He previously led Autospect Corporation and positively impacted growth and profitability as the co-founder and chief architect. Soon after selling Autospect, Myron founded Fiberdent Corporation in 1998 in order to bring machine vision to the dental industry. With his leadership experience at QUISS GmbH and INOS Automation and his 30 years of experience in the machine vision industry, Myron has scaled our 17-year revenue growth success.

Bob was named President/CEO of Liberty Reach in 2014 and brings a great deal of experience and stability to the role in the day to day, as well as establishing company goals and strategic direction. He obtained his B.S. degree in mechanical engineering technology and an M.B.A. in Finance. Bob began his career at General Motors Corporation where he held various positions throughout the organization. He primarily focused on dimensional engineering, design for manufacturing, and quality. From there, he served as the vice president and general manager at the Troy-based technology firm, QMC Inc.. Bob provides visionary leadership for Liberty Reach and has greatly contributed to the singnificant year-over-year growth of the organization.

Contact us for more information on our products and their applications or to see a demo.